Kirill Mikhailov is popularly known for his gamer name, Boombl4. He is a professional CSGO gamer from Russia and began his gaming career in 2016. Ever since, he has risen to the top of the game and is currently the in-game leader of Natus Vincere, the pro team he plays for. Boombl4 plays as the rifler in the entry fragger in the team and has managed to lead his team into victory in several tournaments. The 22-year-old has also played for several teams in the past and has gained a lot of experience in this time.

The entry fragger position in the team requires skill and accuracy to execute. Boombl4 has managed to gain these, and they have given him a competitive advantage over other gamers. Here are the settings he uses and the hardware on his setup to get this good in CSGO.

Boombl4 plays with a Benq XL2546 monitor with a 240Hz refresh rate. The gamer also sets the resolution at 1280×960 and the scaling mode at stretched. This is balanced out by the $:3 Aspect ratio that lets him see more of the screen and works well with the scaling mode. These Boombl4 settings let him look into the screen for longer and achieve a higher accuracy as he plays. It thus makes him a better gamer.

The gamer uses a Zowir EC2 Tyloo Edition mouse with a Windows Sensitivity setting at 6. He also sets the sensitivity at 1.45 and the zoom sensitivity at 0.856. these make it easier to lock onto targets from a further distance. Boombl4 sets the DPI at 400 and the eDPI at 580 for easier navigation in the game. The mouse settings will reduce the strain on his wrist as he plays for long hours.

These are the in-game settings Boombl4 uses. He sets the brightness level at 110% and the Display Mode at Fullscreen to ensure he can see everything clearly. Boombl4 uses an 8X MSAA Multisampling Anti-Aliasing mode and a Bilinear texture Filtering mode. He plays with the FXAA Anti-Aliasing, Vertical Sync, Triple-Monitor Mode, and Motion Blur options disabled.

The Global Shadow Quality is very low, and the Texture Detail, Effect Detail, and Shader Detail are set at low. Boombl4 plays with the Boost Player Contrast, Multicore Rendering, and Uber Shaders options enabled. These settings in the game are easy to achieve as he uses the latest Nvidia GeForce RTX 3090 graphics card. It also lets him hit high refresh rates. 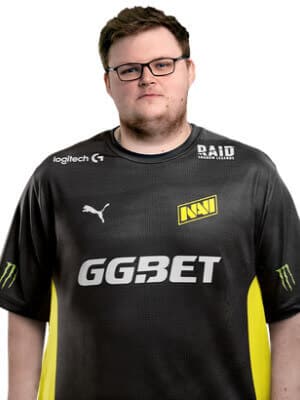 Kirill “Boombl4” Mikhailov was born on December 20, 1998 and is currently playing for Natus Vincere as a rifler and in-game leader.