Vincent Cayonte is an American pro gamer and is known by his gamer name, Brehze. Although he is of Filipino descent, he began his gaming career in the United States in 2015, and it has been impressive. The 23-year-old plays for team Evil Geniuses as their rifler, and has delivered a good performance in this demanding role. The team has won several tournaments, and Brehze has had several personal accomplishments too. He was ranked in the HLTV list for the best players in 2019 and 2020.

The gamer was also named MVP in various tournaments in North America. He has had a great career advancement, and it is only going to get better. Brehze plays CSGO with these settings, and they have helped him hit the milestones he has in his career.

The pro-gamer uses a Zowie EC2 mouse with a 1000Hz rating. He sets the DPI at 400 and the eDPI at 1200. This ensures higher responsiveness and accuracy in the game. Brehze uses a 3.0 sensitivity and a zoom sensitivity of 1. He plays with the Mouse acceleration off, while the Raw Input is enabled to capture all the movements in the game.

Brehze uses an Asus ROG Swift PG259QN monitor with an impressive 360Hz refresh rate. He sets the resolution at 1024×768 for perfect clarity and the Aspect Ratio at 4:3. This lets him make the most from the high resolution. The Scaling mode is stretched, and these monitor settings help prevent straining as he looks into the screen for a longer time.

Brehze sets the screen brightness at 80% and the display on full screen. He uses an Asus ROG Strix GeForce RTX 1080 and achieves higher frame rates as he plays. It also ensures the in-game settings run smoothly and that he gets better clarity. He sets the Global Shadow Quality, Texture Detail, Effect Detail, and Shader Detail on low. These create a good picture quality.

The Texture Streaming, Motion Blur, Vertical sync, and Triple-monitor mode are disabled as he plays CSGO. Brehze also turns off the Multisampling Anti-Aliasing mode and sets the Texture Filtering mode on Bilinear. In addition, he enables the Multicore Rendering option, Boost Player Contrast option, and Uber Shaders option. This improves the game’s appearance and makes it easier to spot targets as he moves through the map. 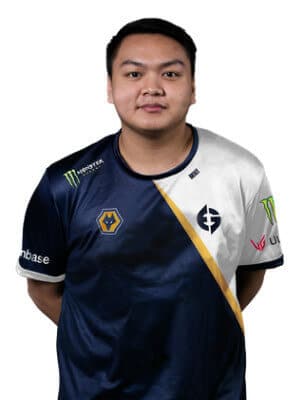 Vincent “Brehze” Cayonte was born on May 22, 1998 and is currently playing for Evil Geniuses as a rifler.