Ilya Zalutskiy is popularly known by his professional CSGO gamer name, Perfecto. The 21-year-old Russian gamer has had an impressive career since he began gaming in 2018. He currently plays as a rifler for Natus Vincere, where he has mastered his role in the team. His skills have pushed him to win numerous awards, and he was even featured in the HLTV list among the best gamers. Many experts see a lot of potential in the gamer as he has been rising in the team, and his performance has been increasing impressively.

These are the settings Perfecto uses in the game to achieve these results. They also help to make him a better gamer, and he is projected to rise among the ranks of the best gamers.

Perfecto uses a Logitech G Pro X Superlight gaming mouse with an 800 DPI and 1080 eDPI. These ratings make it easier to navigate through the map and take on other gamers. He sets the sensitivity on the mouse at 1.35 and the zoom sensitivity at 1. These make it easier to make turns and reduce strain as he uses the mouse. Perfecto also plays with the Mouse Acceleration option disabled and the Raw Input option on.

The gamer plays on a Benq XL2546K monitor and sets the resolution at 1280×1024. The monitor has a 240Hz refresh rate, and his video settings allow him to make the most of this screen. He sets the Scaling mode at Stretched, and the Aspect Ratio is 5:4. These monitor settings allow him to look into the screen for longer and without having to strain his eyes. It results in a competitive advantage over other gamers.

Perfecto sets the Display mode at Fullscreen and the brightness level at 100%. He uses an AMD Radeon RX 6900 XT for gaming and to achieve higher refresh rates. It also allows him to maintain the high in-game video settings he uses. He sets the Global Shadow Quality, Texture Detail, Effect Detail, and Shader Detail on low while playing. In addition, Perfecto enables the Boost Player Contrast Multicore Rendering and Uber Shaders options.

The Multisampling Anti-Aliasing mode is 4X MSAA. The Texture Filtering Mode is Anisotropic 4X. the video balance is obtained as he disables the FXAA Anti-Aliasing option Vertical Sync and Motion Blur options. These video settings go well with the game and improve the visibility of the terrain as he plays. 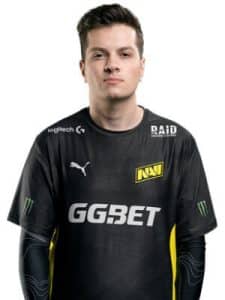 Ilya “Perfecto” Zalutskiy was born on November 24, 1999 and is currently playing for Natus Vincere as a rifler.