Spencer Martin is an American professional Valorant gamer. He is known among other gamers by his pro name, Hiko. Hiko began professional gaming in 2020 and has had an impressive run in this short period. He currently plays for the 100 Thieves team. They have won several tournaments in which they participated. he also streams his gaming on Twitch and has thousands of enthusiastic gamers who gain inspiration from his gaming style.

Hiko owes part of his huge success to the in-game settings and on his hardware. These have kept him ahead of the competition and have made him an overall better gamer. Here are some of the settings Hiko uses on Valorant to make his gaming better.

The gamer plays Valorant with Logitech G Pro X Superlight, and it plays a huge role in his gaming career success. Hiko sets the Sensitivity at 0.36, and the Scoped Sensitivity setting is 1. The DPI is 1600, and the eDPI is 576. These settings make it easier to navigate through the map, and he can achieve better results as he plays the game. The polling rate on the map is 1000Hz, and it ensures every mouse movement is captured in the game. The Windows Sensitivity is at 6.

Hiko uses an Alienware AW2521H monitor on the game, and the Frame Rate Limit is unlocked. He sets the resolution on the screen at 1920×1080 while the Display Mode is on Fullscreen. Hiko also plays with Material Quality, Texture Quality, and Detail Quality on low. The UI Quality is at Medium. The Vignette and VSync options are disabled to give the best picture quality as he plays the game.

Hiko doesn’t use any Anti-Aliasing, and the Bloom, Distortion, and First-Person Shadows are off. To achieve higher clarity, the pro gamer enables the Improve Clarity option. This makes streaming better for his viewers.

Hiko plays the game with the Keep Player Centered option off, and the Mouse rotation option enabled. He sets the Minimap Size at 1.1 and the Minimap Zoom at 0.9. the Minimap Vision Cones are enabled, while the Shadow Map Region Names are allowed too. These radar settings make it easier to navigate through the map and detect enemies from a far distance, giving him an advantage. 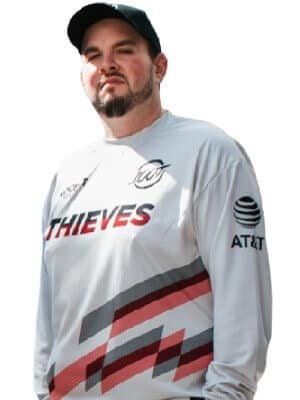