Gabriel Toledo de Alcântara Sguario, popularly known by his game alias, FalleN, is a Brazilian professional gamer. He plays CSGO and has a very impressive career run in the game, having played several games under the series. FalleN plays an AWper in his team and was even ranked the best in the category. He was voted the most influential Brazilian gamer and has even gotten some awards as the overall influential gamer in the PC awards. However, he had a low career moment when he fell out with his sponsors, and the team parted ways to join the SK gaming team.

FalleN is currently playing for Team Liquid, and they have been touted as the favorites in several competitions. The gamer has come a long way partly thanks to the game settings he uses when playing. These will make the game overall better and allows the gamer to achieve better results as he plays. Here are some of the settings FalleN uses in CSGO.

FalleN uses the Zowie EC1-A for CSGO, and it makes the gaming better and movements easier. The zoom sensitivity is at 1, making it simpler to zoom in and out of targets. FalleN also sets the sensitivity at 2.2 and a mouse acceleration of 2.2. the mouse has a DP of 400 and thus allows for accurate and steady movements as he plays.

FalleN plays on an Alienware AW2521H monitor, and it has a refresh rate of 360Hz. The high refresh rates make it easier to identify the targets and make the graphics on the game appear better. The resolution is also set at 1680×1050 for higher clarity and an overall better gaming experience.

These are in-game settings that can be altered from the game menu. FalleN sets the screen at a 110% brightness level and a full screen for maximum visibility. He uses an Nvidia GeForce RTX 2080 Super, making it easier to achieve higher settings and frame rates. The disabled settings are FXAA anti-aliasing, Wait for Vertical Sync, Triple-monitor mode, and monitor blur.

FalleN also runs the game with Multicore rendering and Boost player contrast enabled, allowing him to identify and hit targets easily. The Multisampling Anti-aliasing mode is set at 4x MSAA, and these settings make it easier to achieve higher visibility and proper gaming performance.

You stand to improve numerous aspects of your overall gaming experience when using these settings. 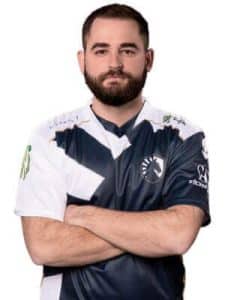 Gabriel “FalleN” Toledo was born on May 30, 1991 and is currently playing for Team Liquid as an AWPer.